Skip to content
Home » Blog » Is gambling with the Bitcoins legal in India?

All gambling activities in India are regulated under the Public Gaming Act of 1867. Even though the internet came into the picture more than a century later, the 1867 Act still has a big hold on the country’s gambling activities. There are a million things that have changed for the past century which have subsequently made it hard to determine whether (online) gambling is legal or illegal.

The Reserve Bank of India stand 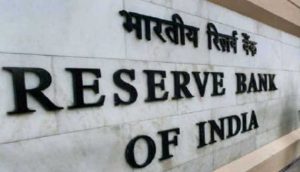 In December 2017, the RBI reiterated on its warnings cautioning the general public against getting involved in cryptocurrency whether in trading or gambling. At the time, the ministry of finance compared cryptocurrency with ‘Ponzi scheme’. In April 2018, the RBI directed all banks to wind down on their relationships with cryptocurrency exchanges and cryptocurrency investors within the next three months. This is despite the fact that the bank is working on launching its own cryptocurrency. This move by RBI did not go down well with the cryptocurrency fraternity who dragged the bank to the courts.

What is the current position?

Because of the directive by the RBI, Bitcoin gambling sites that had set bases in India are already shifting to foreign lands. It is worth to note the state of Maharashtra has totally banned online gambling through the Bombay Wager Act which means it is illegal to gamble even with Bitcoin if you reside in this state.

Recommendations by Law Commission of India

Sometime back, the Law Commission of India was directed by the Supreme Court to formulate a report on Bitcoin gambling. The directive came after the IPL spot-fixing scandal which brought the game of cricket into disrepute. 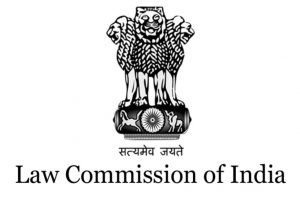 In July 2018, the Law Commission submitted its 276th report to the Union Minister of Law and Justice, Ravi Shankar. In the report, the commission recommends cryptocurrency as one of the cashless means for gambling transactions.

“Gambling transactions should be made cashless, making use of electronic means of payment such as credit cards, debit cards, net-banking, and cryptocurrency”, the report said. It further noted that strict laws should be enacted to control the Foreign Direct Investment. This will also prevent money laundering while at the same time help implement necessary tax reforms.

According to the commission, the straight-jacket prohibition on Bitcoin gambling has resulted in the rampant increase of illegal gambling. This has resulted in a boom in the black-money generation which has found its way into the general market. Regulated gambling could help ensure the early detection of fraud and money laundering and would also create transparency, it added.

What is the way forward?

Whether the recommendations are followed or not remains to be seen. However, one thing is clear, there will be a lot of shoving and pushing with regard to whether Bitcoin gambling should be legalized or not.

Of consolation to the cryptocurrency and Bitcoin gambling society is that RBI admitted that in its order to banks to sever relations with crypto investors, it did not do thorough research or form a panel to back up its decision. This is according to a New-Delhi lawyer who through a right of information, got the bank to admit. Even though this is a fertile ground to challenge the bank’s move, the Bitcoin gambling community has to wait and see what the Minister and the courts will have to say first.