Skip to content
Home » Blog » Why is Bitcoin gambling not regulated in Malta?

Malta is a small country located in the middle of the Mediterranean Sea. It has for the past several years been a favorite destination for online gambling operators. It has become an attractive base for more than 500 gambling companies mainly because it charges very low taxes and also because the laws are not as restrictive as in many countries. With the popularity rising of cryptocurrency, Bitcoin gambling has found a place in Malta economic world.

The Malta Gaming Authority (MGA) is the sole government agency mandated with the task of issuing licenses and regulating gambling activities in the archipelago Islands of Malta. The authority has issued around 500 gambling licenses. This has made the country be host to many of the European gambling companies that you know today. Given the numerous Bitcoin and other gambling firms that have set up shop in Malta, MGA has become a very important industry player not only in Malta but also across Europe. An operating license awarded in Malta allows a company to operate in any of the 28 Euro states.

Many countries in the world are tough on gambling. It can be said that some governments even go dark at the mention of Bitcoin and hysterical at the suggestion of Bitcoin gambling. The firms that wish to offer gambling services while using crypto as a currency will certainly find a safe haven to operate from in Malta. The question, therefore, which pops up is why is Bitcoin gambling not regulated in Malta?

Why is Bitcoin gambling not regulated?

Let us first look at the size of Malta as a country. It is only 333 km squared. This is a very small speck in the middle of the Mediterranean which is supposed to have an economy to support its population of around half a million people. This may very well be the reason the government chose to relax its gambling laws. The gambling industry makes up at least 12% of the country’s annual GDP. It is 11.3% of the country’s cumulative growth and is considered the third largest in terms of total value added. 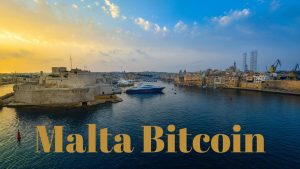 In some instances, according to a former employee of MGA, the authority opted to skip enforcing its own regulations when it came to monitoring gambling operators’ computer servers, at least between 2012 and 2014. These claims were, however, refuted by MGA.

At the end of 2017, the Maltese government pocketed at least €59 M up from €56M in 2016. In the one and half years ending 2017, the Maltese economy gained more than €1.1 billion. This played part in making Malta one of the strongest performing economies in Europe with a 6.9% growth in real GDP.

According to MGA’s data, 2018 has seen at least 100 more gambling operators including those that offer Bitcoin gambling services get licenses. Moreover, the online gambling industry has been adding at least 500 jobs yearly since 2016. The popularity of Bitcoin gambling has also seen the number of employees rise especially after the 2017 boom. It is then easy to see why Bitcoin gambling and gambling, in general, will remain on a loose leash in Malta.