A summons has been issued on Wednesday to a United States-based virtual goods company by the name of OPSkins alongside their partner company WAX (a financial asset exchange). The summons was made by the United States District Court of the District of California.

The two companies are being challenged by Crypto Asset Fund (CAF) for allegedly conducting an illegal offering of securities and circumventing their responsibilities to investors who took part in the ICO.

According to the plaintiffs, WAX conducted an Initial Coin Offering of its WAX tokens in 2017, which are now being deemed as illegal in the eyes of the United States Securities law. Furthermore, representatives of CAF are saying that the company did not comply with the promises it had made prior to the ICO, one of which was the issuance of 1.85 billion tokens, when only 185 million were supposed to be injected into the market.

Furthermore, CAF is challenging OPSkins and WAX for not delivering the invested amount’s worth of coins to CAF in due time, leading the company to miss the opportunity of capitalizing on their investments. The plaintiffs argue that between the time that WAX was supposed to deliver the tokens and the time they delivered, the price spiked heavily and peaked at its all-time high, preventing CAF to sell and get at least some of their investments back.

OPSkins and WAX are now to be charged with an undisclosed amount as compensation to every investor involved, as well as a lifetime ban on taking part in the gambling industry here on out, with or without cryptocurrencies.

What does this say about the gambling industry?

One thing we can learn from this court case is that gambling companies capitalizing on a digital asset’s popularity is never to be trusted, especially when there’s a peak in profitability. It would have been relevant to invest in the WAX token if it had the characteristics of a utility token rather than a security token.

Furthermore, they’d be able to avoid any unnecessary legal repercussions they’re being forced to face right now. And the whole deal with lying to CAF is a completely different story.

This event could be a stepping stone towards the US’s relationship with crypto gambling companies in the future. 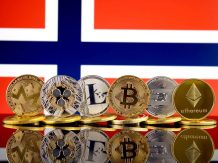 The Nordics – a crypto gambling hub of the world 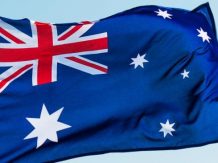 Is Australia trying to crack down on Bitcoin gambling? 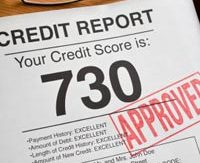 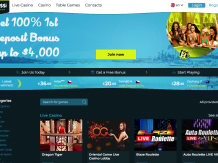