When it comes to technologies and innovations, it is difficult to keep up with them in every field. All the industries have their own advancements and some of them are used widely by the general public and some of them are difficult to even understand what they can be used for. However, blockchain technology is something that is widely talked about today, as it has made a revolution in terms of managing our finances. Even though there are a lot of controversies and negative thoughts regarding its usefulness and efficiency, one thing is vivid, that it can revolutionize many aspects of our lives. The article will review the most important possible changes regarding the implementation of blockchain technology in different sectors, but first, let’s define the terminology.

What is blockchain technology?

Blockchain is based on peer-to-peer and a distributed ledger technology that allows data to be stored on the server. It consists of many computers connected to the network and has information about transaction history and decentralization of the technology, defines that nobody has control over it, all of them have collectively got control over it. The data which was entered on the server is irreversible and it means that transactions are recorded permanently and no changes can be made.

Blockchain has gone very wide and is actively used in banking or crypto-industry. It does not need any further explanations that all the crypto-activities are made through blockchain technology and all the transactions are kept in the system. It also has information about how much is your amount of money and how much you have transferred. Neither trading nor investment in crypto can be done without this technology.

Moreover, banks are the once, that started implementing this technology in their service too, but it is no surprise since those fields are all related to finance and their influence on one another is not unusual. However, the article will provide information regarding the industries, which you might not know would have the impact of advanced blockchain technology.

Recording the physical assets such as auto parts on blockchain technology will help to track the ownership with a flexible system. Major companies, BMW, HONDA, FORD have been working on the initiative that would help to track the vehicle and its parts tracking.

It can also have an impact on even ride-hailing, while Uber or Lyft represents a centralized system, where the drivers are given orders via the application and operate accordingly, blockchain technology would allow the drivers to build up their own business without being controlled from the headquarters.

Using a digital coin rather than an actual airplane ticket and using a smart contract as a part of the ticket could ensure security and cause convenience for the traveler. Russian S7 Airlines is using Ethereum-based blockchain technology in order to issue and sell tickets. This is a little example of how blockchain technology can affect air traveling.

Blockchain is also used in the entertainment industry. There are blockchain-based music streaming platforms that help music creators earn money from their listeners, various video-sharing platforms started emerging due to possibilities of blockchain. Block-chain technology has already gained a foothold in huge sectors like gambling and betting. Since gambling is kind of still a taboo subject, anonymity is pretty valued among players so decentralised connection gives the opportunity to enjoy Altcoin or Bitcoin casino games online without giving out identity. Anonymity is also important while withdrawing, because most people are trying to hide their real income and profit. The technology ensures fair games, where the records cannot be changed or manipulated, and plus enables loyalty, while verification process and documentation is often the hinder factor from playing.

Publishing and writing have become one of the most demanded activities lately and blockchain technology appeared to be involved in it too. Montreal-based start-up, Ethereum-based publishing platform, is created for e-books. Writers and publicists can upload records to the program and configure a smart arrangement for each that governs how the book can be reached and rated. The platform allows creators to avoid third-party sellers and negotiate directly with users as well as the record where each of their ebooks exists in real-time.

The health industry is especially suffering from the inability to secure the data across platforms. Better data collaboration within providers could conclusively mean more precise diagnoses, more efficient treatments, and more cost-effective care.

Hospitals and payers, or any other third parties that are involved in the process will be given the opportunity to have access to their network without the complicated procedure or extra security issues. It could also impact pharma in terms of more efficient, better-regulated production and safer drug production.

Government and public records are one of the sectors where blockchain could give a big help in terms of organizing paper-based documents, minimizing fraud, and increasing accountability. There are several US states, for example, Delaware, Illinois, Vermont, and others have created the initiative to create infrastructure for distributed ledger shares, in order to increase efficiency and speed of the service. Eastern European country Georgia is one of the countries, which is using blockchain technology in the Ministry of Justice to organize the documents and data.

Blockchain technology could increase the trust between sellers and buyers, unlike the system and the platforms we are using right now, as we have connections to the company, but not with the sellers. Amazon was one of the first companies that made a different practice in order to develop better, quality-oriented service for the customers.

Not only making this industry decentralized, but blockchain technology can make it possible to pay for your purchase via cryptocurrencies on the platforms that receive crypto-payments.

Finally, to summarize, it is vivid that blockchain is going to be the main technology in most industries, due to its quality characteristics. The main advantage of blockchain usage is organizing documents, more precisely, paper-based data which makes the service very low and not efficient the same way, as blockchain-sorted and organized information would have. It is already tested in many different countries and making it more common in our everyday life, is just a matter of time.

Moreover, we might not even have realized the involvement of blockchain technology in the cases that were mentioned above. Some of them are vivid and not even under the question mark, but some of them are behind the curtains. For example, when we buy something online via cryptocurrencies or use an app to plan our publishing process, it is a clear example of fintech innovations, but when we go to the Ministry of Justice and demand information or any other service, it might not be crystal clear that all those data are kept and stored in the blockchain technology.

We can boldly say that this is merely a beginning and blockchain will continue to change our lives in many different ways and it will not take much time. It is just a matter of several years, not even a decade.

Taproot as a threat to privacy: why the Bitcoin update is criticized?

Why Bitcoin will dominate online gambling within a few years

Total regulation and Bitcoin correction: What are the predictions for 2021? 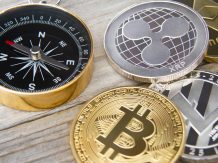