In March this year, the European Securities and Markets Authority (ESMA) introduced new rules which were aimed at CFDs – Contract for Difference. Of course, this move was met with vicious and angry reactions by a large number of CFD operators and traders.

CFD trading allows a trader to take a position on many kinds of financial instruments like gold, equities, currency pairs and cryptocurrencies without the need to own the underlying asset. 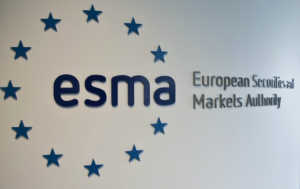 What do the ESMA rules mean for crypto traders?

Before the new ESMA rules were introduced, a CFD trader could easily enjoy leverage running up to several hundreds (1:500). Many of the European-based brokers were attracting millions of clients with incredible leverage levels not only from Eurozone but from the rest of the world. The European operators were specifically attractive because they are well regulated by CySEC, FCA among other regulatory bodies.

With the new rules, a CFD trader can no longer enjoy the high leverage. It is following the adoption of MiFID II market rules that ESMA declared that the highest cryptocurrency leverage should only be 2:1. Crypto got the lowest leverage since shares got 5:1, indices got 20:1 while major currencies got 30:1.

In addition to lowering leverage, ESMA said that CFD trading platforms must follow new rules which require them to provide more risk warnings. The body also requires the operators to adhere to tighter risk limits.

Reasons given by ESMA

According to ESMA, the decision to introduce the new rules targeting CFDs was reached after considering many “earlier complaints at a national level”. Studies by national regulators show that between 74 and 89 percent of CFD traders lose money, ESMA added. In view of the lack of transparency and the complexity of products offered, ESMA also felt there is a “significant investor protection concern”.

What does the future hold for cryptocurrency CFD traders?

The decision to come on hard on CFD trading by ESMA can be said to have been for the benefit of the small retail traders, especially those with no experience. If with a small account, many retail traders saw the high leverage inviting. Now, there is nothing exciting for the small-scale trader. However, it can be said that just as the possibility of making it big in CFD trading has been wiped off the table, the 89% figure of traders losing money will drastically come down.

There is a way to go around these rules, though. A trader can opt to become a ‘professional trader’. Such a trader must, however, meet any two of the following three conditions;

These conditions simply mean that the small trader has little chance of making huge profits, at least until they become professional traders. According to some observers, the richer traders will continue becoming richer and nothing will be left for the small guy. Another observer in one of the CFD trading forums observed that the small traders might be tempted to open accounts with overseas brokerage firms which are unregulated. One thing is for sure, the excitement of cryptocurrency CFD trading has been drastically brought down by these ESMA rules.