The spread of the COVID-19 has caused major damage all around the world, and Venezuela is no exception to this. As the virus reached the country, the Venezuelan President, Nicolas Maduro, had started a nation-wide quarantine with just 33 confirmed cases, in hopes of slowing down the spread of the virus.

The spread of the coronavirus has had potentially irreversible effects on many companies and businesses in the world, such as causing an indefinite shut down of Venezuela’s national banking system as a result of the unexpected quarantine.

Furthermore, the Venezuelan oil-backed crypto – the Petro, was not as well-received by the population, causing the tokens to be offloaded at half of $60 – it’s originally fixed value.

As a result, this led to the end of Venezuela’s cryptocurrency casino that was powered on the same currency – Petro (PTR). It was supposed to be an international casino, and the profits obtained from it were supposed to fund health and education programs, with the launching taking place roughly a week after the President had ordered all airline fuel sales of international flights to be made using the same cryptocurrency.

This serves to be another major set back when it comes to gaming in Venezuela, as the former President of the country, Hugo Chavez, had ordered all betting places to be closed in 2011, as he had considered it a “housing” for prostitution, drugs, and crime in general. It has been nearly a decade now since the ban, and residents of Venezuela have been very limited when it comes to their options for gaming, as only a limited number of companies have provided online platforms for Venezuelans to gamble.

However, with the growing popularity of Bitcoin in the country, as well as online casinos that are starting to accept cryptocurrencies, Venezuelans of today have the most opportunities for online gaming than ever before. However, the location of the casinos will also play a vital role in the gaming experience, as latency can have a powerful effect on certain games. Given the territory of Venezuela, the most popular platforms tend to come from North America, specifically Canada as the United States also has a very strict regulation on casinos. Because of this, many real money casinos online Canada has to offer have deliberately made their platforms available in Spanish, knowing how many customers it would attract from Latin America. Naturally, these casinos optimized the platforms for Bitcoin as well, making it an accessible luxury for those who turned to cryptocurrencies during the hyperinflation of the Venezuelan Bolivar.

Not all cryptocurrencies were treated the same though. Oddly enough, the quarantine has caused an increase in the amount of peer-to-peer bitcoin trading taking place in the country. Venezuela had been experiencing a three-week-long skid before eventually having the trade activity between BTC and bolivar rebound above $3.4 million for more than two weeks.

From an economical standpoint, the coronavirus seems to be causing the South American continent to adopt cryptocurrencies at a faster rate. Peru and Colombia have both closed their borders recently, and both have seen growth in Localbitcoins volume by 15% and 30%, respectively.

At this point in time, with us still being roughly in the early stages of the coronavirus outbreak, and the estimated time of approximately 18 months before a vaccine is developed, we can expect the volume of Bitcoin peer-to-peer trades to continue to grow in Venezuela. 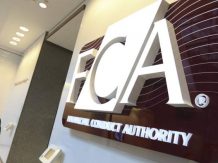